Friend Battles And Tounaments (will these ever happen?) 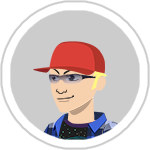