Help.. my kid's deck is now too powerful for me... 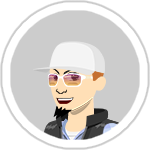 By AriesDante,
January 9, 2012 in Deck Construction