Cards out of rotation 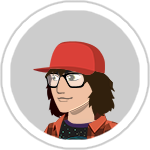