People common are you that desperate? 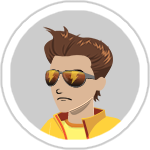