PACHIRISU needs to be checked out. 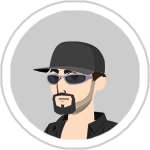 By TicketsForProm,
September 23, 2011 in Player vs. Player