How to Fix the In-Game Economy in 2 Steps. 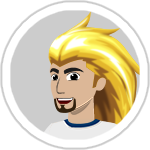 By Mister-Burkes,
September 9, 2016 in Game Feedback