Do you think PCG is ruined by night march? 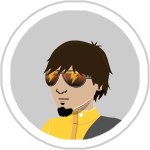