The Guru Cave is closing its doors. Apply for Guru candidacy today! 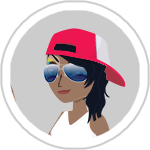 Ask the guru anything! The guru will reply.