defenses against delinquint from breakpoint 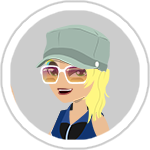 By SYSTEMLORE,
February 3, 2016 in Deck Construction