Is there not some way to "block" matchmaking with other people? 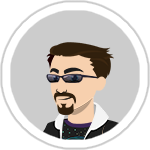