What really goes into MMR/game advantage? 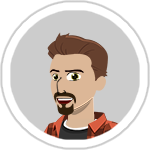