Challenge : Prize taken instead of Knock Out 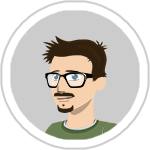