[GENERAL] Other - Getting Constantly Disconnected from PTCGO 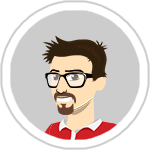