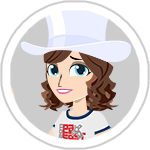 This isn't a Forum Error, so please don't Post here ! Maybe this is not a bug but I miss the 'delete' and 'cancel' option for messages.   If I write a longer post in reply to a former message and just in a couple of moments another player wrote the sam

I can't see 60% of the cards in my deck. They show up red with a disconnected symbol though I have had no problems in the past. Is there a fix for this?