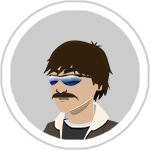 By Stratadrake
September 22, 2014 in Game Feedback