CoL energies: Why they should not be available on Mystery Wheel 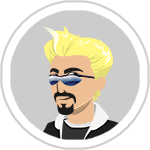 By SlowpokeXXL
August 19, 2014 in Game Feedback