What Cards Could I Use in this Deck? 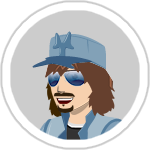 By MaSkullzOnFire
July 28, 2014 in Deck Construction