No bonus wheel for disconnecting and resigning players. 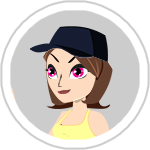