Plasma in the current meta 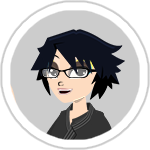 By Psych0therapy
July 17, 2014 in Deck Construction