Rainbow is the new black 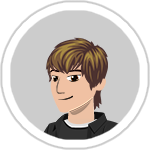 By Ironelf
July 9, 2014 in Deck Construction