Is this the most annoying deck when it works? 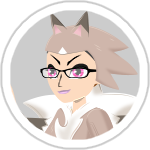 By Anyagezane
June 18, 2014 in Deck Construction