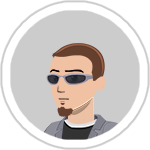 By every1sfavloser
June 11, 2014 in Deck Construction