The Wild Blaze is rising! A Flashfire is coming! 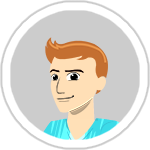 By JaxCervelle
April 17, 2014 in Deck Construction