Royal Heal and Poison... Yes, this is a bug. Mods, please read 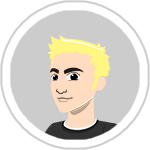