Damage counter not updating in battle 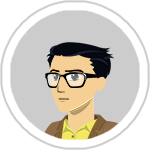