A chat function addition to help traders, and talkers. 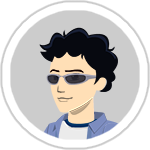