Who was Your First Pokemon (Going Back) 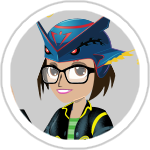