Bring back the "imprint" on Call of Legend basic energies 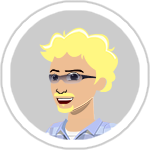