Why does the bench negate attack effects? 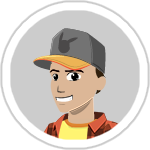 By TrainerTrickie
October 21, 2013 in Deck Construction