The Awesome Decks of happylittlepigs 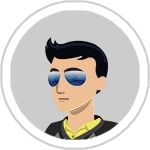 By happylittlepigs
September 13, 2013 in Deck Construction