Scramble Switch vs. Computer Search? Which one are you gonna use? 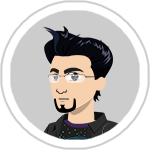