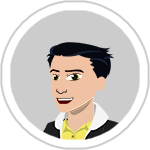 How will the TCG Online Shop work starting in February?

By DialgaChampion, December 20, 2012 in Other Pokémon Topics