Anyone bored from lack of creativity? 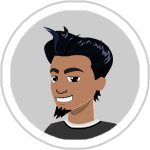 By DoubleHelicase,
November 5, 2012 in Deck Construction