Not impressed with amount of bugs in Beta. 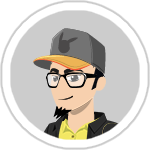