Does anyone miss the original 151 Pokemon? 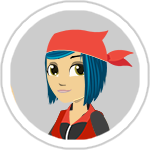