Hey Admins! Please Read this. (and anyone else sick of losing because of glitches) 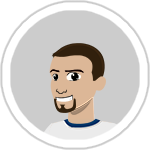